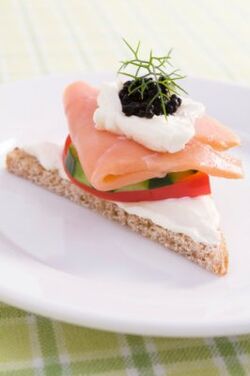 Experts, scientists and nutritionists are seemingly always coming up with new ideas for ways to lose weight quickly. Now, everyone is talking about the Nordic diet, which was started in part by Claus Meyer, owner of the Danish restaurant Noma, which has been called the best in the world. Meyer worked closely with obesity scientist Arne Astrup. Their 26-week study included a group of overweight subjects who all lost an average of 6.8 pounds over twelve weeks, which is far more than people lose on standard portion control diets.

Quite a lot of the Nordic diet boils down to common sense. Raw vegetables and antioxidant-rich berries, like blueberries, are staples of the diet. In addition, fish is a large part of Nordic cooking and many fish are rich in omega fatty acids, which are essential to the Nordic diet.

Meyer believes in eating locally and also relying more on home-cooked meals than grabbing something on the go. He argues that cooking meals yourself makes healthy eating part of your lifestyle. He also suggests a wide variety of side dishes, which is normally against the rules of portion control diets, but he believes this prevents binge-eating out of boredom.

Meyer is still very strict about the idea that the Nordic diet isn't really a diet, because it doesn't revolve around deprivation. His ingredients he suggests using aren't boring or bland, and as the chef of one of the best restaurants in the world, he knows his stuff. His diet manifesto can be found here.

Do you think this diet is reliable or practical? Will you be trying it out? Comment below and tell us what you think!

Retrieved from "https://healthyrecipes.fandom.com/wiki/User_blog:LexiLexi/The_Nordic_Diet-_The_Newest_Fad_Diet_or_Helpful_Technique%3F?oldid=14661"
Community content is available under CC-BY-SA unless otherwise noted.