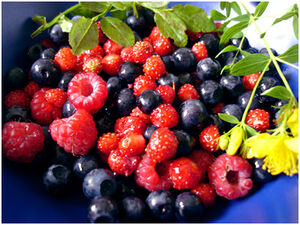 For some Americans passionate about keeping a healthy diet, nutritional eating may not even be a possibility. Despite the fact that many people strive to eat healthfully, the price range of healthy food is far out of reach for many Americans, who must follow a less-than-nutritious diet in order to save money.

In 2010, an update of the previously so-called food pyramid showed us that Americans should be eating more potassium, fiber, Vitamin D, and calcium. However, the journal Health Affairs says that would add hundreds to many people's annual grocery bill. It is a feat that is strictly out of the budget for many Americans.

In fact, even just introducing more potassium into the diet can add $380 to the annual grocery bill, says Pablo Monsivais, an assistant professor in the Department of Epidemiology and the School of Public Health at the University of Washington. In addition, the government has made it difficult for people on welfare to buy potatoes, which are a relatively inexpensive way to add potassium to a diet.

Monsivais is particularly critical of how a healthy diet is marketed. Pictures of "healthy meals", such as salmon, leafy greens, and rice pilaf, are completely out of the budget for many Americans today.

Hilary Seligman, assistant professor of medicine at the University of California, San Francisco, says that 49 million Americans make their food decisions based on cost. Fifteen percent of Americans wish they had the funds to eat the way they want to.

Parke Wilde, associated professor at the Friedman School of Nutrition Science and Policy at Tufts University, argues that poorer people can sustain a healthy diet without spending a fortune. However, one must keep in mind the cost of traveling to the places that sell the cheaper, healthier food, and the time that this takes, for people who may work more than one job, or have a family to take care of.

Retrieved from "https://healthyrecipes.fandom.com/wiki/User_blog:LexiLexi/Healthy_Eating_Too_Pricey_For_Many_Americans?oldid=11029"
Community content is available under CC-BY-SA unless otherwise noted.