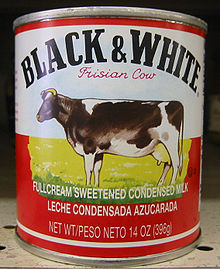 A related product is evaporated milk, which has undergone a more complex process and which is not sweetened.

Retrieved from "https://healthyrecipes.fandom.com/wiki/Sweetened_Condensed_Milk?oldid=14597"
Community content is available under CC-BY-SA unless otherwise noted.